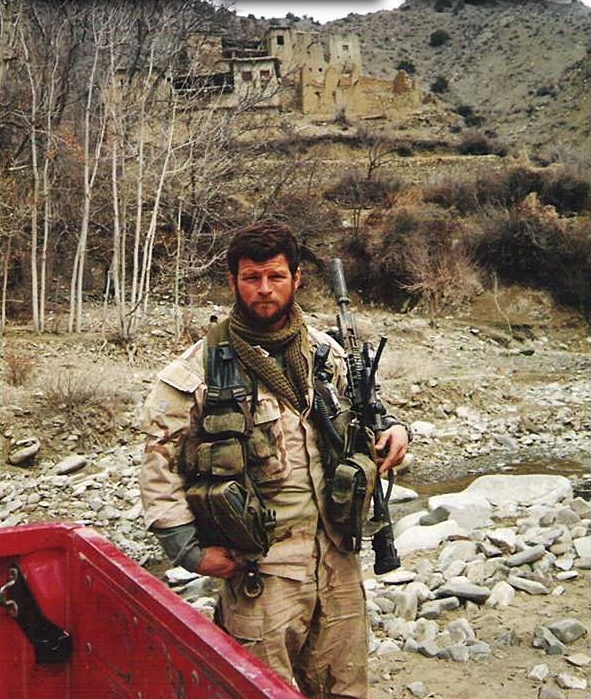 President Theodore Roosevelt once said that the credit in life belongs to the man in the arena whose face is marred with sweat and dust and blood. It belongs to the man who strives valiantly, who knows great enthusiasms, great devotions, and spends himself daring greatly in a worthy cause so that he will know the triumph of high achievement; and whose place shall never be with those cold and timid souls who know neither victory nor defeat. Master Sergeant Robert Horrigan was exactly such a man.

On June 17th, the anniversary of America's historic battle at Bunker Hill, Robert Horrigan - or Bob as he was called by those who knew and loved him well, was killed during his fifth and final tour to Iraq.

Bob represented the very best of the best. He was a husband, father, brother, uncle and friend - but most of all he was a patriot who defended our great nation abroad so it should fear no assault at home.

Bob was an avid outdoorsman who loved turkey hunting, deer hunting, and fishing. He was an aspiring bladesman whose knives are cherished around the world. Bob was in pursuit of his Master Bladesmith status when his country called him once more to war.

He served valiantly in his tour, taking the fight to the enemy and as only Bob could, lightening the load of those around him via his quick wit, disarming charm, and trademarked sense of humor.

With only a few weeks left in Iraq and the beginning of his civilian life just around the corner, Bob embarked upon a mission that would sadly serve to be his last.

When a soldier so gallantly lays down his life in defense of this country, it is referred to as the ultimate sacrifice, but such a sacrifice is never singularly borne. It is added to and deepened by those who that brave soldier left behind.

Bob Horrigan is survived by a wife, a daughter, a mother, a sister, a twin brother, a younger brother, five nephews, eight nieces and an enormous number of friends - all of whom miss him dearly on a daily basis.

Bob defended this great nation so that all Americans - most of whom he would never know, could continue to enjoy their inalienable rights to life, liberty and the pursuit of happiness.

Please take a moment and read the following curriculum vitae so that when you and your family lay your heads down tonight, you may say a silent prayer of thanks for a man who gave everything so that this nation, our nation, could truly remain the land of the free.

Born January 13, 1965 in Limestone, Maine, Bob enlisted in the United States Army upon graduation from high school in 1984 and served in the 3rd Battalion 75th Ranger Regiment at Ft. Benning, GA. In 1991, he was assigned to the 1st Battalion 7th Special Forces Group and concluded an illustrious military career marked by bravery and selfless devotion to his country with the United States Army Special Operations Command.

Bob was never about ribbons and medals - he was about the soldier standing right next to him, but be that as it may, men like Robert Horrigan do not escape distinction easily. Bob's decorations include:

Posthumously, Bob was awarded The Legion of Merit, The Bronze Star Medal with Valor Device, and The Purple Heart.

Bob was a good friend of all of us here at LaRue Tactical. He will be missed. -- Mark LaRue.